Progress not Process – differentiating between the two

I’d like to start this article with a surprise – a colleague at work mentioned to me that he had not only seen my Twitter feed, but that he had noticed a graphic that I had re-tweeted, from @Gary_S_King on how to plan for Progress, rather than Process. My colleague asked if I had an original of the graphic.

Now, I think we are all guilty of thinking “oh that looks good”, “great idea”, “wow good thinking”, re-tweeting that idea, and promptly forgetting about it. But my colleague surprised me by a) following my Twitter and b) making me realise that I had re-tweeted something which I wasn’t sure I entirely understood. 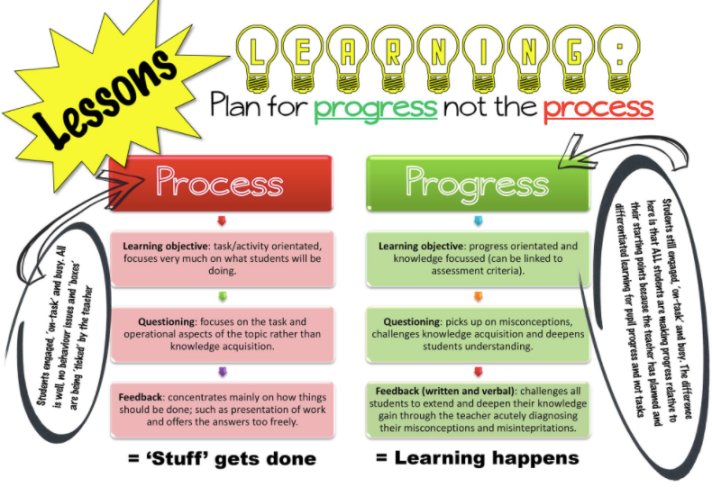 I promptly started brainstorm all the differences between the two, and how I was translating this in my own classroom practice. I think it is all too easy to believe students are focussing on progress, when in fact they are all aiming to master the process of something. Indeed, many learning walk feedback forms and lesson observation forms are focussed on this – so long as the boxes are ticked (as Gary states in the above graphic), why worry about progress? 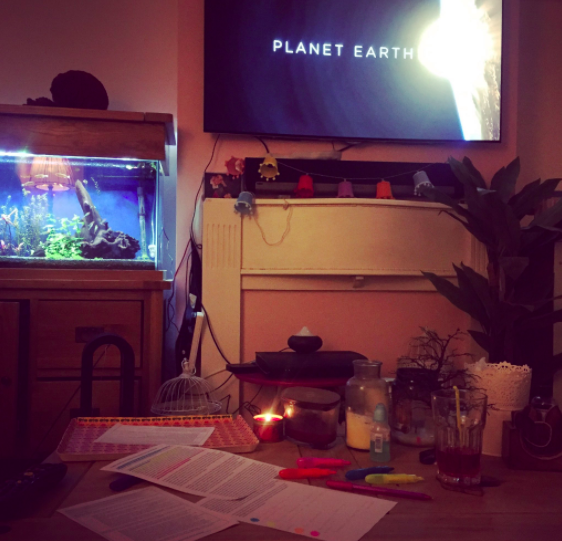 It was’t until I was marking some Year 12 Politics essays that realised what was, for me, my biggest difference between progress and process. It came in the form of the feedback that I was giving. Whilst it enabled pupils to make progress in some areas, I was too focussed on the ‘box-ticking’ of work scrutiny that I had failed to fully embed this throughout my feedback.

A good example would be the following:

Rather than asking: Which type of pressure group is the most successful? (something they have answered in their essay question)

I ask: Use Greenpeace as an example to evaluate why Outsider Pressure Groups can be successful.

The latter next step ensures they are not only progressing to other examples, but applying these to higher order thinking; of evaluation and analysis which will ultimately aid them in achieving their assessment objectives, much more than the former next step. I also love the above sticker, which was created by a fantastic NQT in my department. Often, there are pieces of work which ticks both the process and progress boxes; these are often short pieces of writing which you will skim read but will not mark in depth. This sticker ensures students are progressing nonetheless.

I’ve now ensured that as much of my feedback is phrased towards progress not progress as possible: No more getting my P’s confused!!!

View all posts by heathermaryjames